For millions of Americans who suffer from lung diseases such as asthma, lung cancer and chronic obstructive or pulmonary disease (COPD), taking a simple step can be an immense challenge — even without the added burden of air pollutants or other factors.

According to the 2018 America’s Health Rankings report, Illinois ranks near the bottom in the nation — 47th to be exact — in levels of air pollution. Compounding the issue, more than 15 percent of the population still smokes. According to the American Lung Association, more than 1.5 million people suffer from lung disease in Illinois, and this year alone, it is estimated that 9,000 will be diagnosed with lung cancer.

To support clean air and smoke-free living, UnitedHealthcare has partnered with the American Lung Association in Greater Chicago to be the presenting sponsor of the city’s largest stair climb — the Fight For Air Climb at Presidential Towers. The 2019 event took place on Sunday, March 10 and was the fifth consecutive year UnitedHealthcare sponsored the event, which this year raised more than $530,000 to fund local programs that support clean air and healthy lungs.

More than 40 UnitedHealthcare employees joined thousands of Illinois residents – including athletes, firefighters and lung cancer survivors – to race up the stairs of all four Presidential Towers buildings (a total of 180 floors and 2,340 steps) to raise awareness in the fight against lung disease.

“Our 2019 Fight For Air Climb was a resounding success,” said Kristen Young, executive director of the Lung Association. “Through events like this, we are able to fund our work to improve air quality, educate residents on lung health and help people who suffer from lung disease. Our partnership with UnitedHealthcare helps us provide vital support to the Chicago community. From funding asthma education to providing resources to people suffering from lung cancer, this support helps make people’s lives better every day.”

“UnitedHealthcare is grateful for the opportunity to increase awareness for the American Lung Association’s Fight For Air Climb to support cleaner air and healthy lungs, and fight lung disease,” said Mike Telesky, vice president of UnitedHealthcare and vice chair of the Local Leadership Board for the Lung Association. “It was so inspiring to see the community come together for a fun and challenging event that directly funds the association’s ongoing support of research and advocacy to find a cure for lung disease.” 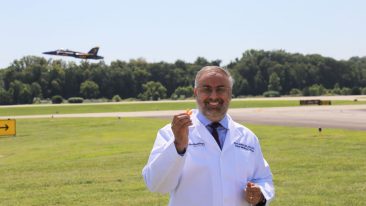 Let Freedom Ring, Just Not In Your Ears 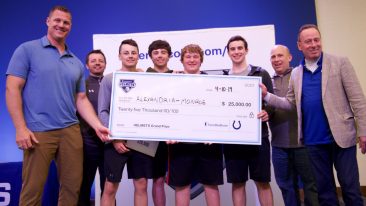