Nursing homes can be a vital health care setting for the elderly and people requiring complex care, such as those who need intensive monitoring while recovering from surgery. But the setting can be costly and too restrictive for people who may be able to live with some independence.

Now, an innovative program in Florida for Medicaid recipients is helping people transition from nursing homes to assisted living facilities or even their own homes – a win-win both in terms of cost and the member’s independence.

“Our transition team is responsible for assessing our Long Term Care members that reside in a nursing home to evaluate if their needs could be met at a lower level of care in a community setting,” said Amylyn Miller, Manager of the Nursing Home Transition Team for UnitedHealthcare’s Community Plan in Florida, noting that nursing homes tend to be the most expensive and restrictive settings.

One such member was a woman in her early 20s named Rebekkah, who had been living in a nursing home for about four years. A kidney transplant she received as a child failed in her late teens, requiring close medical follow-up, including continued care on dialysis.

“They needed to get her medically stable to be on the waiting list to receive another transplant,” said Jennifer Lee, a transition coordinator and a member of Miller’s team who worked with Rebekkah. “She really did want to leave the nursing home. … She wanted to live as a young adult and she didn't want her medical condition to prevent her from doing that.”

After an extensive search, Lee found an assisted living facility that was appropriate for Rebekkah – close to cultural amenities in a downtown environment in a southern Florida town. “There's just a lot of things that she could physically walk to that would allow her to meet people her age and be able to do things that most young adults are able to do,” Lee said of the less restrictive environment allowed by an assisted living facility compared to a nursing home. “She has not allowed her medical issues and her disabilities to hold her back from what she wants to eventually achieve.”

“She really helped me transition everything over,” Rebekkah said of the move, adding that the experience of working with Lee has inspired her to consider pursuing a career in health care.

Miller said a very rewarding part of being on the transition coordinator team is “when we're helping somebody achieve a better quality of life and know that they are supported by us with choices of how and where they live,” adding that’s why Lee persevered in trying to find a good placement for Rebekkah. 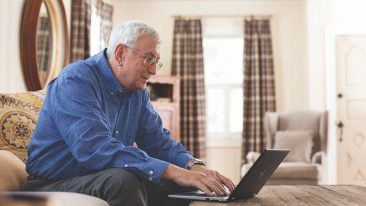 5 Medicare Mistakes That Could Cost You 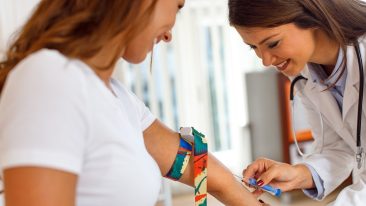 An Easier Way to Save Money on Lab Work 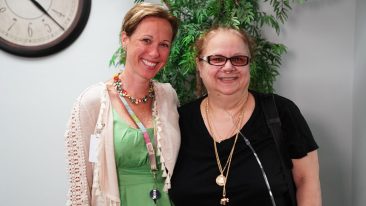 Accountable Care Organizations Recognized for Working Toward the Triple Aim