Earlier this year, Zana, a 13-year-old student at Global Academy, envisioned her dream playground. With a blank piece of paper and a handful of colorful markers, she drew her vision of green twisting slides, blue monkey bars and colorful swings — one for her and one for her little sister.

“I’m actually going to see a new playground being made and a new school, so it will be cool,” she said while drawing her picture.

In June, nearly 200 volunteers gathered to build a playground inspired by the ideas from Zana and her classmates.

Global Academy has about 450 students from kindergarten through eighth grade, most of whom are from families who recently immigrated to the United States. Due to a growth in enrollment, the school is expanding to a newly renovated campus in New Brighton, Minnesota for the coming school year.

“For the past 11 years, we’ve been located in Columbia Heights at the end of a strip mall,” said Helen Fisk, director of Global Academy. “And our playground was a blacktop playground in the strip mall parking lot.”

Not only did the playground’s size pose a challenge but the location brought issues, as well. Scott Flemming, associate director of Global Academy, said students had to cross a parking lot and watch for traffic at a nearby business in order to get to their tiny playground.

“We’ve been so confined for space that the idea of dreaming about a playground was just wonderful,” Scott said.

Luckily, the new campus had a large, grassy spot between the L-shaped building — a perfect place for a new playground to be built.

“We are thrilled to partner with KaBOOM! and UnitedHealthcare to build a state-of-the-art playground that will provide our students a safe, creative and joyful place to play,” Helen said.

Play contributes to important developmental growth in children, but it can be hard to come by for some children living in underserved communities. Whether it’s a lack of safe places or under-resourced schools, there are children unable to shoot hoops, swing on monkey bars and develop healthier, active lifestyles.

“There’s a lot of research to suggest that this is an incredibly important part of a student’s day to be able to get out, run around and solve problems on the playground,” Scott said. “That’s a really important part of growing up and learning how to live and work together.”

As part of UnitedHealthcare’s ongoing efforts to build healthier communities and decrease obesity, their employee volunteer initiative, “Do Good. Live Well.” has teamed up with KaBOOM! since 2010. This marks the 29th playground they’ve built together. The effort delivers on the company’s Empowering Health commitment to expand access to care and address social determinants of health.

“UnitedHealthcare is grateful for the opportunity to have built another playground in our home state of Minnesota, which is the location of our corporate headquarters,” said Philip Kaufman, CEO, UnitedHealthcare of Minnesota. “By giving the students at Global Academy a safe place to play outdoors with their friends, they’re creating healthy habits that will last a lifetime.”

For the playground build in late June, volunteers worked quickly to get ahead of the forecasted rain. They mixed and poured thousands of pounds of concrete, moved mulch and in just one day, completed the playground with two tall slides and several climbing structures.

“I’m excited I get to play with all my friends with them,” Zana said. 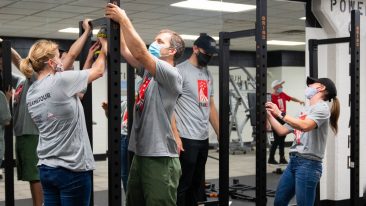 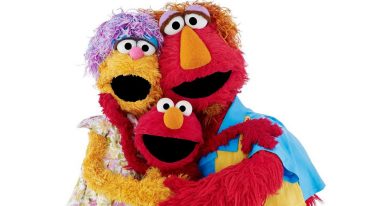 How Sesame Street helps support a ‘circle of care’ 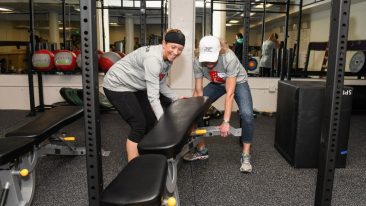