On most Tuesday nights for the past 12 years, you’ll find Dr. Stephen Cha at a homeless shelter in Washington, D.C., spending his time and care with people on Medicaid. He remembers one patient with a large gaping wound right below his spine, and wanted nothing more than his bandage changed.

Dr. Cha realized immediately there was more going on there.

As the chief medical officer for UnitedHealthcare Community & State —which serves 2.1 million members on Medicaid and CHIP in 31 states — Dr. Cha realizes the importance of meeting people where they are, regardless of physical location, to help them realize better health.

“It’s me and a medical assistant essentially in a spare room in a shelter. No formal clinic set-ups. Limited resources,” Dr. Cha said. “I don’t think I’m that different from other folks trying to deliver care for people in vulnerable situations.”

And while this can be a challenging environment to provide care, it’s allowed Dr. Cha to meet people where they are at, and see the barriers they face through their eyes.

He began treating the man with the open wound regularly. “His coping mechanism is often anger — totally understandable, if you’ve heard where he’s been. But over months, what started to emerge was the larger picture of what was happening with him.”

This included experiences that were not meeting his needs—hospitalizations for the wrong medication and a diagnosis of sepsis.

“This is fundamentally about trauma — his coping with trauma and his inability to really fit into a system that needs people to behave in certain ways,” Dr. Cha said. “And that’s not how his brain is working right now.”

It’s this acknowledgement of past traumatic experiences — and the ability to sit with a patient with complex needs and listen with empathy — that can help drive better outcomes for those most in-need throughout the health care system.

“When I think about that story,” he said, “I think about what we’re doing as an insurance company — about housing, trauma-informed care, about supporting care managers, connecting behavioral health, about all these aspects that we’re trying to build out.”

His choice of work might not be surprising, considering his upbringing and childhood, which always had an undercurrent of service running through it. His parents were immigrants from South Korea, where his father fled to after escaping North Korea as a child. Dr. Cha saw firsthand the impact the field of medicine could have watching his father, who was a physician and devoted to building a community in this country for Korean immigrants.

“Building community was a priority in our house,” he said. “It was always something we saw first-hand.”

This drive to help those in need continued with advocacy for low-income families as a community organizer, and eventually medical school. During his residency at the Montefiore Medical Center in the Bronx, he came to an understanding of how one’s social determinants of health and income inequality can shape a person’s health.

From there, Dr. Cha moved to a policy role, helping to draft sections of the Affordable Care Act before working as a chief medical officer at the Center on Medicaid and CHIP Services at the Centers for Medicare and Medicaid Services.

Now at UnitedHealthcare, Dr. Cha has the opportunity to move the needle on transforming health care from a different vantage point—one informed by his direct service for homeless individuals.

One way is through increasing access to medication-assisted treatment (MAT) for opioid use, which can reduce the risk of death by nearly half. Cha calls these “clinical critical steps.”

Other efforts, like UnitedHealthcare’s investments in a Housing First model — a holistic approach to helping people get a roof over their head as an entry point to other forms of care — has seen success as well, with over $400 million invested in housing to date.

As Dr. Cha continues to follow the path that has been an organizing principle nearly his entire life and career — making Medicaid work better for everyone — he’ll continue to push for change. It’s a passion he brings both through his position at UnitedHealthcare and every Tuesday night, at the homeless shelter that helps renew his purpose. 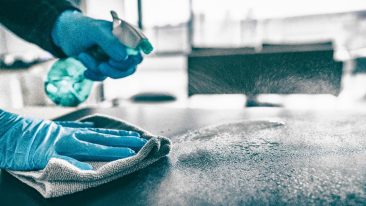 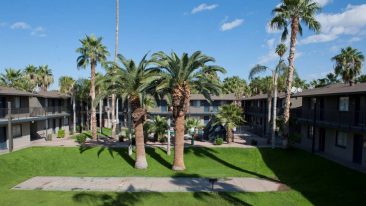 The Light of Hope: 5 Lessons from the Housing First Model