Helping a Community Recover and Return Home from a Devastating Flood

Gladiola Haney lived in her Baton Rouge house since 1991. Her house was a place that all the people in the neighborhood could go to — “Ms. Haney” always had an open door for disadvantaged youth. She cooked for them, cared for them and gave them a safe place to stay.

But that safe haven was interrupted in August 2016. The rains came, and they didn’t stop.

The floodwaters rose, and Gladiola was forced to leave behind the place she called home for more than 25 years. But it wasn’t as simple as walking out the door or driving away. The water levels became so high that a neighbor rescued her by boat and took her to a local shelter, where she was reunited with her family.

“It was the first time I ever rowed a boat,” Gladiola said. “I was scared, but I made it.”

Eventually, the waters receded. Gladiola’s house was among the 146,000 homes damaged by the flood, and few were covered by flood insurance. Baton Rouge had a difficult journey of recovery ahead.

“Now, nearly three years after the flood, you can walk down the street and the devastating impact isn’t so apparent,” said Elizabeth Egle, chief development officer for SBP, a nonprofit disaster recovery organization formed after Hurricane Katrina. SBP utilizes AmeriCorps workers and volunteers to rebuild homes quickly for low- and middle-income individuals. “After the debris is pulled away, it only appears that recovery is complete. Many of these homes are completely gutted, have mold growing throughout and are unlivable.”

Gladiola’s home was exactly that. It was unsafe and unhealthy to live in with the mold and environmental damage. But she had nowhere else to go, so — shortly after the floodwaters receded — Gladiola moved back into her barely livable home.

“Dirt and mud were all on the walls and everything was wet,” said Gladiola’s niece, Kelly Stewart, who was also affected by the 2016 floods. “It was nasty — fumes and filth running through your house — and to see your pictures that you can't save. You can't take everything with you.”

Gladiola lived in her flood-damaged house for more than a year before finally connecting with SBP. They then got to work. With the help of a $100,000 grant from UnitedHealthcare, SBP was able to rebuild the home for Gladiola — and more than 40 others in the area — from the inside out. “We had to replace insulation, drywall, trim, all the things that are destroyed when the water rises,” Egle noted. “We are grateful for the support of UnitedHealthcare and others for helping us to create a safe and comfortable home for Ms. Haney and for being able to bring her home for the holidays.”

For UnitedHealthcare, which serves almost a half a million members in the state, the grant is about a long-term commitment to care for the people of Louisiana. “We are a company focused on health, but we’re also a company that is deeply rooted in the lives of people … you have to think of it holistically,” said Brad Grundmeyer, vice president of sales, marketing and outreach for the UnitedHealthcare Community Plan of Louisiana.

During a recent “Welcome Home” ceremony and ribbon cutting for Gladiola, UnitedHealthcare volunteers beautified the house with various furnishings and decorations.

“I felt very good,” she said about the event. “Felt good for all these people here. So thankful, so blessed.”

Gladiola’s home in Baton Rouge is once again open to anyone in the neighborhood who needs it. 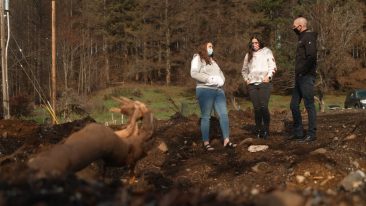 Helping to support students who lost everything in the Oregon wildfires 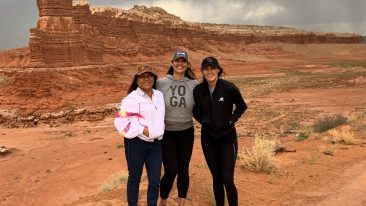 Supporting the Navajo Nation During COVID-19 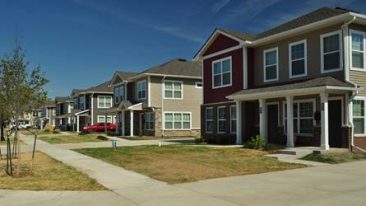