Within the Pawnee Nation of Oklahoma, you’ll often find 18-year-old Skidi Star Leading Fox dressed in handmade regalia. Her red flowing dress, moccasins and intricately beaded feather in her hair reflect the history of the Pawnee Tribe, spanning back more than 700 years.

Skidi is the 2019-2020 Pawnee Nation Princess but she is already planning to shine in her next role, trading her crown for scrubs. She has long aspired to attend medical school to become an OBGYN physician, and Skidi’s dream is one step closer to reality.

The program exposes students to careers in the medical field and help create a pipeline into health and science professions.

According to the Association of American Medical Colleges (AAMC), fewer than 1 percent of all enrollees identify as American Indian and Alaska Natives (AI/AN*). Only 146 AI/AN students earned medical degrees in 2017, and currently 90% of U.S. medical schools have three or fewer AI/AN students, according to the AAMC.

At least 30% of the positions in the Indian Health Services are also vacant, according to Dr. Ron Shaw, chief medical officer for the Osage Nation. His hope is that increasing AI/AN medical professionals will improve health conditions overall for Indian country, where people suffer the worst health outcomes of any ethnic group in the United States, with an estimated 350,000 AI/ANs medically underserved.

“They have higher mortality rates from suicide, liver disease, cancer and cardiovascular disease than that of the general population; higher rates of substance abuse and opiate use and opiate overdose deaths,” Dr. Shaw said. “Some of that is historical trauma and genetic influence but also an insufficient health care workforce. It's generally felt that Native physicians will provide the longest-term filling of those health care vacancies because they have a cultural connection to the land and the culture.”

It's why the internship program immersed the teens in cultural experiences like a pow wow at the Sac and Fox Nation, along with native song and drum-making classes. Students also participated in stomp dance and sweat ceremony rituals.

“I think the purpose of this camp, from my perspective, is that there's other Native Americans who have shown us that we can do it. They're catching us at an early spot in our lives, before we even start college or get done with high school, showing us that we can do it, that it is possible for Native Americans even though sometimes we may get doubted for that kind of stuff,” Skidi said.

OSU has demonstrated success in recruiting American Indian students to its medical school, with almost 15% of medical students identifying as AI/AN in a state with nearly 38 federally recognized tribes. The OSU Center for Health Sciences will soon open the first-ever tribally affiliated medical school in the United States in 2020 at the Cherokee Nation in Oklahoma.

OSU, UnitedHealthcare and the Indian Health Service were among the major sponsors of the internship program, which granted students a $1,000 stipend to ease financial barriers for students interested in applying to medical school. Future plans for the internship program include the development of online resources to help students access tips for applying to college, scholarships and financial aid, in addition to plans to expand the program nationwide.

For more information about ways to recruit American Indians to enter the health field and help improve access to care in Indian Country, click hereOpens in a new tab.

*Enrollment and graduation rates include students who identified as AI/AN alone. 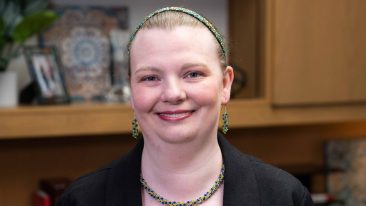 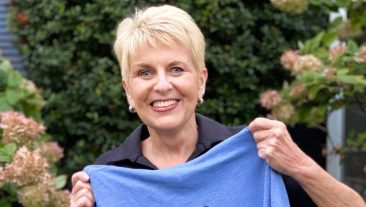 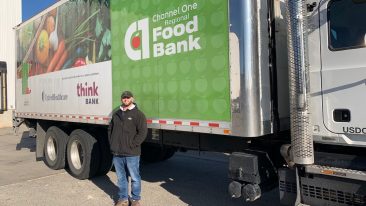