Every 15 minutes, a baby is born who experiences withdrawal from opioids, according to the National Institute on Drug Abuse. This condition is also known as Neonatal Abstinence Syndrome (NAS).

NAS occurs when a baby in the womb withdraws from a substance that they have been exposed to through the placenta, after becoming dependent on those drugs through a mother’s use.

From 2004 to 2014, the rate of infants born with NAS increased a staggering 440 percent as the rate of opioid misuse in the country has climbed. What’s more, most children with NAS are born in hospitals without Neonatal Intensive Care Units (NICUs) — and tend to have longer hospital stays.

The effects on a child experiencing NAS can be challenging. They can include:

And the effects may not stop as an infant. Children born with NAS are also more likely to develop a speech or language impairment, or be evaluated for a learning disability later in life.

In March, UnitedHealthcare, along with OptumLabs®, announced support for a multi-year project led by the Tennessee Initiative for Perinatal Quality Care (TIPQC) at Vanderbilt University. This initiative will help set best practices for NAS — and not just in NICUs — throughout the state in order to develop a simple, standardized toolkit for providers treating affected babies and their moms. It will enable project stakeholders to educate and support teams of providers to bring these quality improvements into the field, as well as giving them the opportunity to learn from each other.

“We’re trying to streamline treatment for these infants for the entire state,” said Brandy Eddlemon, director of Women’s Health and Pediatric Clinical Operations for the UnitedHealthcare Community Plan of Tennessee. “If we can get everyone on board … hopefully we’ll get it to the point where we can treat it successfully and get the babies home sooner.”

The goal of the program is optimize care and improve the health outcomes for newborns exposed to opioids. One of the ways to help reach that goal is to reduce hospital transfers. A long road trip to a hospital with a NICU may make it more difficult for the baby, but even a transfer into a NICU in the same hospital can be detrimental.

“The less stimulation they have, the less medication they need to move through their withdrawal process,” Brandy said. “(And) the more bonding time a parent or care provider has with an infant, the baby thrives better and the parents thrive better.”

Brandy noted that if they’re able to have a circle of family and community support where they live — rather than making a long trip to a NICU in a city where they don’t know anyone — the mothers are more likely to succeed. 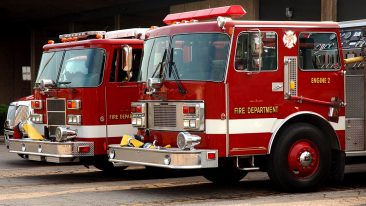 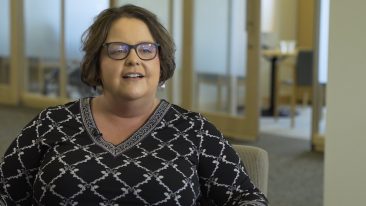 Putting the Care in Foster Care

When Housing and Healthcare Thrive Under One Roof