When 12-year-old Mateo Guerra entered the Clínica San Felipe hospital in Lima, Peru with symptoms of meningitis, cerebral edema and intracranial hypertension, he was given a 1% chance of survival. Doctors believed the cause was an unknown amoeba that he encountered during a family vacation to the rainforest. Mateo initially spent 20 days in the Pediatric Intensive Care Unit (ICU) for treatment of septic shock.

“When we received Mateo’s diagnosis and learned that this condition only has a 1% chance of survival, it was devastating,” said Diana Guerra, Mateo’s mother. “However, we decided to fight together. It was an amoeba up against more than 20 doctors who gave us the confidence we needed to not give up.”

Mateo was hospitalized for almost a year, during which he underwent 50 total surgeries, nine of which were operations on his brain.

Mateo also needed a specific oral medication to help fight the amoeba, which was not yet available in Peru. Undeterred by this, Mateo’s care team found a way to get approval to import the treatment from Uruguay and the United States, ultimately saving his life.

For the nurses and clinicians who worked with Mateo every day, he was more than just another child. He was an inspiration. During his stay in the clinic, nurses formed a special bond with the boy.

“He is a very sensitive boy, a boy who was always cheerful despite however bad his condition was, evening singing songs for us,” said Sheyla Lu, a coordinator at the Pediatric ICU. “He always had the best attitude and was willing to get better. All his enthusiasm transmitted to us, so that we could continue in this fight with him and his family.”

After months of treatments, surgeries, and rehabilitation, Mateo made what many considered a miraculous full recovery.

“After nine brain surgeries, I can't help but think about everything that we went through with Mateo, the fact that all these difficult times are over, and that my instinct as a mother led us to the best resources available. I gave him his life and Clínica San Felipe returned it to him,” Diana said.

Dr. Ricardo Galarza Robles, one of Mateo’s doctors, recalled, “Seeing him go home after all those months, and now seeing him again every time he comes to visit us has been personally satisfying and spiritually enriching - a reminder why one chooses to become a doctor.”

Mateo’s impact on the staff at Clinica San Felipe is still being felt – long after his recovery. His care team said, “Mateo is loved by us all. We have seen him in different moments, from the more serious stages to his recovery, and even now he comes to see us and to visit us. We are very glad to see him well, living large and with the same smile we remember.”

Mateo’s story doesn’t end there. Because of his experience, and the lessons learned by his care team, other patients’ lives are being saved. Mateo’s story went viral on social media, which led to Peru’s Minister of Health approving the use of that oral medication for future patients with the same illness. Within a matter of months, Clínica San Felipe successfully treated a second patient with the same brain disease, thanks to their experience in caring for Mateo.

“We learned how to treat this devastating brain disease, we succeeded in getting the government to bring in this specific drug not previously available, and we fostered a wonderful relationship with Mateo's parents,” said Dr. Luis Reyes Coloma, head of Pediatric Services, Clínica San Felipe. 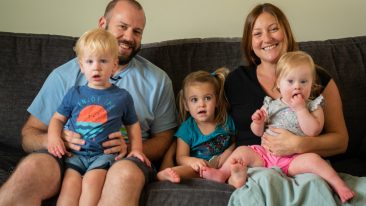 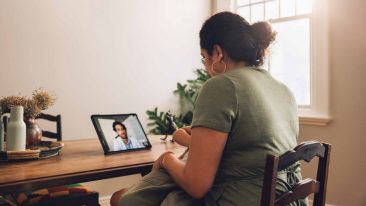 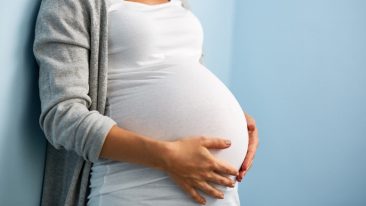 Helping to support a member through a high-risk pregnancy