Whether you’re vegan, lactose intolerant or, just dabbling in the world of nut or plant-based milk, you know there is a large variety from which to choose. It’s not just almond milk anymore – coconut, oat and soy are all alternatives to traditional cow’s milk.

Dairy milk is loaded with essential nutrients, like potassium, protein and calcium, which helps maintain bone density. However, some people may not tolerate dairy due to lactose intolerance.

Almond milk can be made by blending almonds or almond butter with water. Most of the fiber is removed when the solid almonds are strained from the mixture, but it has other nutritional benefits and is a popular choice for those who avoid dairy.

This creamy milk alternative is made from water and the white flesh of brown coconuts. It may be a good option if you’re sticking to a low carb diet. The majority of coconut milk’s calories come from saturated fat.

*Nutrition facts based on one coconut milk option on the market.

Oat milk is made from steel cut oats and water. The calorie count is about the same as cow’s milk but is double the carbs with about half the protein and fat. Oat milk is high in fiber and beta-glucan which may aid in lowering LDL cholesterol levels.

*Based on one of the unsweetened oat milk options on the market.

Unlike most plant proteins, soybeans contain all essential amino acids. Soy milk has nearly the same amount of protein as cow’s milk, but half the calories, fat and carbohydrates. Soy is a common allergen, so mange your intake or talk to a health care provider for more information.

*Nutrition facts based on one of the unsweetened soymilk options. 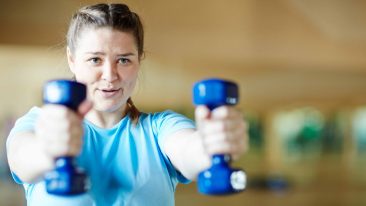 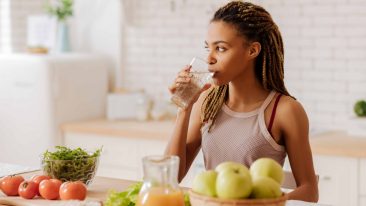 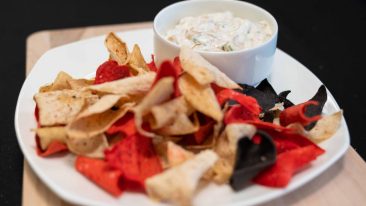 Getting ready for the big game? Consider these healthier appetizers