A Silent Struggle: What You Should Know About Male Eating Disorders

Did you know that one in three people struggling with an eating disorder is male? While most people tend to associate eating disorders with women, the truth is that eating disorders are nearly as common in men as they are in women. However, men are much less likely to speak up and ask for help.

The answer why lies in our engrained cultural norms, expectations and stigma. Men are often portrayed in mainstream media (TV shows, movies and advertisements) with our culturally defined “ideal” body – a lean physique with bulging muscles.

The National Eating Disorders Association found that this drive for the “ideal” body shape has led to 33% of adolescent boys adopting unhealthy behaviors to control their weight. However, this is not isolated to youth — eating disorders will affect more than 10 million American men at some point in their lives.

On top of that, eating disorders are commonly viewed as a feminine problem. Together, the cultural pressure to look a certain way, mixed with the stigma that men are not affected by eating disorders, gets in the way of men seeking help. Because of this stigma, the indicators of someone who may be struggling can often go overlooked.

How can you spot warning signs?

There are many common behaviors that can indicate that someone might be struggling with an eating disorder, including:

While each behavior on its own is not indicative of an eating disorder, together these symptoms, along with others, can help professionals diagnose someone with a clinically recognized eating disorder. Some of the most common include:

Binge Eating Disorder is the most prevalent eating disorder. It is characterized by a sense of loss of control over how much one is eating, followed by a sense of shame or self-loathing over that episode.

Muscle Dysmorphia is the intense fear of having insufficient muscle mass, and thus developing an excessive drive to gain muscle mass. This preoccupation leads to extreme diet regulation and obsessive behavior at the gym.

Bulimia Nervosa is characterized as episodes of binge eating followed by compensatory behaviors like self-induced vomiting or diuretic use.

Anorexia Nervosa is the intense fear of gaining weight. Anorexia is often marked by the failure to maintain a healthy body weight due to self-imposed dietary restrictions. It can include extreme dieting or compulsive exercise, rapid weight loss, increased anxiety around eating and changes to one’s hair, skin and nails.

If you think someone is struggling with an eating disorder, it is important to be empathetic and not blame them for their behaviors, while also helping them get professional help.

Is there a difference between male and female eating disorders?

The short answer is no. Men and women exhibit similar signs and symptoms and tend to suffer comparable physical complications, such as damage to the heart and other vital organs. Treatment of male eating disorders most often requires a gender-specific approach and should not be treated as one-size-fits-all. The good news is that once in treatment, men generally show similar responses to treatment as women.

If you or anyone you know is suffering from an eating disorder, please contact your doctor right away or call the National Eating Disorders Association helpline at 1-800-931-2237. 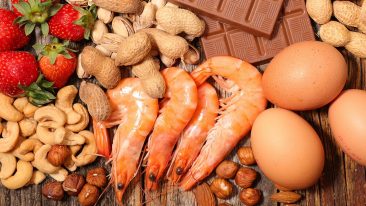 Can Your Child Outgrow Food Allergies? 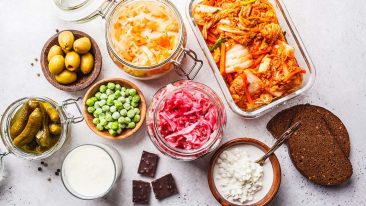 Probiotics vs. Prebiotics: What’s the Difference? 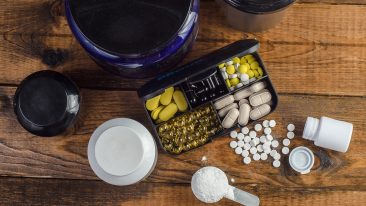 Are You at Risk for a Vitamin Deficiency?