Think You're Too Old to Quit Smoking? Think Again.

It’s no secret that tobacco smoke can be deadly. It is strongly linked to everything from cancer and stroke to pulmonary issues and heart disease.

Although the prevalence of smoking in the United States decreased from 21 percent to 17 percent of adults over the past five years, according to America’s Health Rankings, the risk of dying from cigarette smoking has not decreased. In fact, the risk has increased over the past 50 years, and one in five deaths is estimated to be attributed to smoking.

One reason it’s still so deadly is that tobacco addiction is tough to break. Much of the dramatic drop in smoking rates over the past quarter century is due not to people quitting but to fewer starting in the first place.

Even as overall smoking rates have declined, the rate has hardly budged among those 65 and older. Nearly 9 percent of adults aged 65 and older were regular smokers in 2017, meaning more than 4 million older adults could benefit from kicking the habit.

Several common misconceptions about smoking and older adults persist. Eliminating these is an essential step in helping long-time smokers quit once and for all.

Misconception 1: After smoking for decades, quitting won’t make much of a difference to someone’s health.
Truth: Quitting smoking later in life can reduce the risk of diseases like cancer and chronic obstructive pulmonary disorder, and people who quit in their 60s are likely to live longer than those who continue to smoke. Additionally, stopping smoking can benefit most major parts of your body – including improving blood flow to help wounds heal properly, and even keep hearing and night vision sharp.

Misconception 3: Changes in an older smoker’s lifestyle make it harder to quit.
Truth: Older smokers are often making major changes in their lives, from retiring to downsizing their home to making room in their lives for grandchildren. These changes often trigger natural shifts in perspectives and behaviors that can be useful in quitting. The prospect of babysitting a new grandchild or visiting a long-awaited vacation destination can be a powerful motivator to put away cigarettes for good.

Misconception 4: Older smokers have a harder time finding support to help them quit.
Truth: Medicare covers eight smoking cessation counseling sessions every 12 months at no costs to individuals as long they visit a Medicare-participating provider. In addition, Medicare Part D and many Medicare Advantage plans with prescription drug coverage will cover medications that can help with nicotine withdrawal, providing extra help to battle cravings. There are also many telephonic and online resources free to individuals ready to stop smoking or quit tobacco use.

Research not only shows that people can still reap health benefits when they quit later in life, but also that once an older person has made up their mind to quit, they have a good chance of success.

The length of a person’s habit shouldn’t be a deterrent. A smoke-free life can be yours at any age. 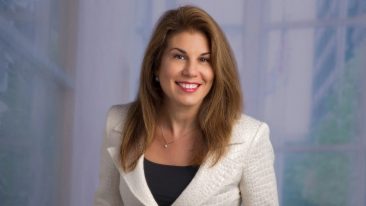 Ask the Expert: What You Need to Know About Alzheimer’s Disease 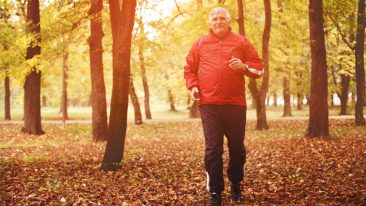 Staying on Track: 3 Ways to Kickstart a Healthy Fall 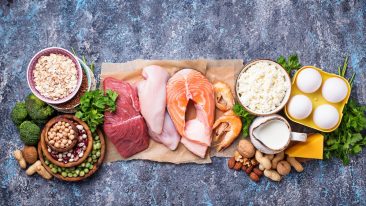 Healthy Aging: Are You Getting Enough Protein in Your Diet?