If you had to pick one household item that’s the biggest hotspot for germs, what would you choose?

Is it your toothbrush holder?

What about your bathroom door knob or faucet handle? Guess again.

It turns out our bathrooms are not as germy as we might expect. However, our kitchens can be thriving breeding grounds for bacteria.

That’s according to a widely referenced 2011 study by the National Sanitation Foundation (NSF). NSF researchers tested 30 household items including toilet handles, stove knobs and pet bowls. They discovered that a type of bacteria known as Coliform, along with yeast and mold, were most likely to be found in the kitchen versus anywhere else in the home. Two types of Coliform, E. coli and salmonella, can cause mild to severe symptoms, including diarrhea, cramps and, in rare cases of E. coli, kidney failure.

Why are our kitchens germier than our bathrooms? The kitchen is a high-traffic area where the possibility of cross-contamination is just one failed hand wash or poor food handling practice away. Even people who have had access to food safety information can find themselves at risk.

Kansas State University researchers found that people who participated in a 45-minute in-person food safety workshop didn’t fare much better in their handwashing practices or handling of raw chicken and ground beef than a control group. In fact, 90 percent of the fruit salads prepared by study participants who also handled the raw meat were contaminated with bacteria, and 24 percent of those were highly contaminated. Researchers attributed this finding to poor hand-washing practices and the subsequent contamination of towels, kitchen faucets, countertops and the fruit itself.

A few kitchen items stood out as germ magnets. Dish sponges and dishrags were by far the “germiest” objects tested in the NSF study.

It’s no secret that sponges can be greenhouses for microbes. The FDA’s Food Code, a 767-page food safety and public health guide for retail food service providers, indicates that sponges may not be used on cleaned, sanitized or on actively used surfaces where food is prepared. The FDA says sponges “are difficult, if not impossible, to clean once they have been in contact with food particles and contaminants that are found in the use environment. Because of their construction, sponges provide harborage for any number and variety of microbiological organisms, many of which may be pathogenic.”

Kitchen sinks and the reservoirs tucked inside coffee makers also had high levels of bacteria. While caffeine has anti-bacterial properties, according to a 2015 University of Valencia study, it does not prevent bacteria from rapidly reproducing in the drip trays and capsule containers in single-use pod coffee makers. Researchers analyzed a sample of pod coffee makers used at home or in communal workplace settings and discovered upwards of 35 different strains of bacteria in all the machines, including some with pathogenic properties. Their advice: regularly clean your pod coffee maker (manufacturers sell specific products for this use).

What else can you do to minimize germs in the kitchen?

Before you freak out about the possibility of your kitchen making you sick, rest assured that very few bacteria cause most foodborne illness hospitalizations. According to one food microbiologist, those harmful bacteria are rarely found in NSF’s No. 1 germ-trapper, the kitchen sponge. Still, since germs are more likely to be lurking in your kitchen compared to other places in your home, it doesn’t hurt to practice good sponge, handwashing and food handling hygiene. 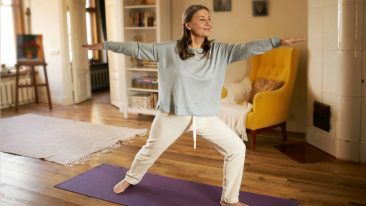 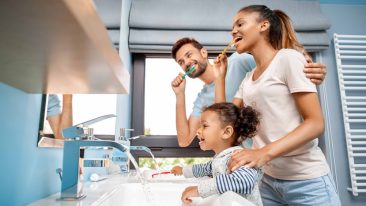