Nearly all of us can think of many things we’d rather do than go see our doctor for a checkup. For Paul Schuster, it’s spending time woodworking. The Theresa, Wisconsin, resident likes to use his scroll saw to make intricate patterns in different types of hardwood.

“What I enjoy about it is the finality,” he said. “When something’s done, and you look at it and you say, ‘Man, I made that.’”

By the time nurse practitioner Jenny Prom paid Schuster a house call, it had been several years since he had gone to his doctor. Prom was visiting Schuster as part of UnitedHealthcare’s HouseCalls program, which provides many of the company’s Medicare Advantage members with an annual in-home wellness visit free of charge.

Schuster agreed to the visit only because, in his words, “I figured it was time for a checkup, [and] I’m not a doctor-going person.”

Sitting on the couch in Schuster’s living room, Prom performed a physical and took his medical history, just like she would in a doctor’s office. She discovered he had some issues with his blood pressure that needed to be addressed, and with the help of his wife, Judy, convinced him to follow up with a visit to his doctor.

Schuster’s first visit to the doctor in years came just in time. The physician discovered that Schuster had lung cancer but caught the disease early enough to be treated.

Judy credits the house call visit from Prom as the reason her husband is still alive.

“Paul wouldn’t be here today had it not been for the HouseCalls program; I’m confident of that,” she said. “I’ve been told by several of his physicians that if we hadn’t addressed the problem when it was addressed, he wouldn’t have made it.”

While Schuster’s story may be dramatic, it is not unusual. Many of us put off going to the doctor, so it is no surprise that fewer than half of adults age 65 and older are up to date with things like screenings for chronic conditions and immunizations, according to the Centers for Disease Control and Prevention.1

Programs like HouseCalls help ensure people get the preventive care they need.

But the numbers reveal that house calls do much more than simply keep people up to date with routine health screenings.

And perhaps most importantly, receiving a house call made people more likely to take the time to follow up with a visit to a doctor. Considering how critical it is to maintain a strong relationship with a primary care doctor, it’s this aspect of the HouseCalls program that can have such a meaningful impact on people’s overall well-being.

In Paul Schuster’s case, his house call not only got him to the doctor’s office — it also gave him a lot more quality time with his scroll saw. 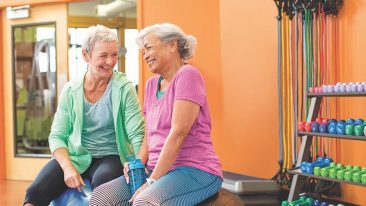 Keeping an Active Body and Mind in Retirement 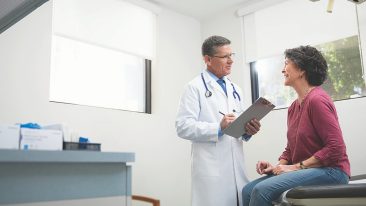 Help Protect Yourself and Those You Love: Get Your Flu Vaccine Today 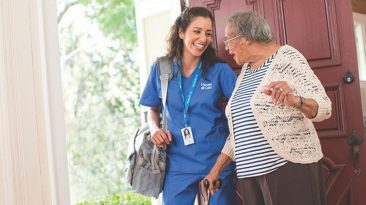 How Often Should You Wash These Everyday Items

How Your New Year’s Resolutions May Be Hurting Your Hearing