How Flying Can Affect Our Bodies

Air travelers have different preferences for getting comfortable, whether it’s sipping a favorite beverage, watching an in-flight movie or even kicking off their shoes. No matter how they settle in, something might still feel off. Our bodies may undergo major physiological changes in flight, some with potential health consequences. Here’s what’s going on inside while we’re airborne:

Taste buds: Sensitivity to sweet and salty foods drops by 15 to 30 percent in the air, according to a study that simulated flight conditions. Another study found that the ability to detect umami is enhanced in loud environments like airplanes. Umami, considered the fifth taste, is found in foods like tomatoes, mushrooms, pork, Parmesan cheese and shellfish.

Ears: Changes in air pressure can cause ear-drum pain and perforation, vertigo and hearing loss. An estimated 10 percent of adults and 22 percent of children might have temporary changes to the ear drum after air travel. The pressure changes can also temporarily block the Eustachian tube, causing your ears to “pop.” Tactics to help equalize the pressure include swallowing frequently, yawning and chewing gum.

Lungs: Cabin air pressure at cruising altitude is lower than air pressure at sea level. That means the amount of oxygen carried in the blood is reduced, which may cause symptoms such as coughing, wheezing, shortness of breath.

Hydration: The average humidity on a plane is about 10 percent, while in our homes it is generally 30 to 50 percent. Being in such a dry environment may cause nose bleeds and fatigue and may compromise our mucus system, leaving us susceptible to viruses. Drinking water throughout the flight and using nasal sprays are among ways to help combat dehydration.

Immune system: Those skies may be friendly, but they may also be germy. One study found that disease-causing bacteria can linger on airplane tray tables and armrests for several days.

Tips to help minimize germ-exposure while flying include:

Most people stay healthy after they’ve traveled by plane, but being aware of what’s happening in your body during flights may help you feel your best once you’ve touched down. 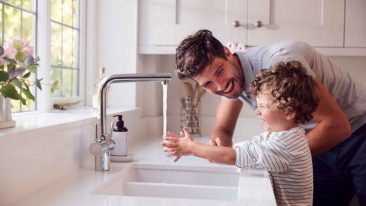 Cold or the flu — or COVID-19? How to help stay healthy this fall 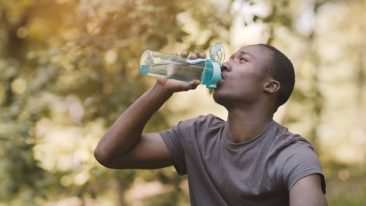 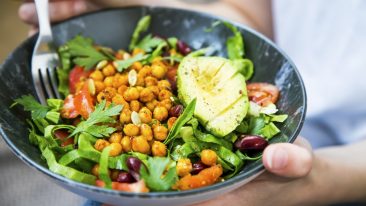