Srdan Lukic has a passion for fitness, in particular boxing. He runs his own fitness organization and has won three Golden Gloves titles and represented the U. S. in an international boxing competition. You’d never know it given his accolades, but Srdan was born with a congenital heart defect. He underwent three open heart surgeries before the age of 12.

In his late teens, he became overweight due to a poor diet and sedentary lifestyle. Knowing he needed to change, Srdan joined a boxing gym so he could get fit. He saw results: his blood pressure lowered and his resting heart rate decreased.

The hobby quickly became a passion for Srdan, and he eventually competed professionally, despite his heart defect.

Since then, Srdan’s passion for fitness has also expanded into helping others. He wanted to help improve the Syracuse community’s heart health, and that was the genesis of Fight for Hearts.

Fight for Hearts is a mobile fitness company that focuses on youth and senior populations in the inner city of Syracuse. Its goal is simple — to increase physical activity and as a result, improve heart health.

Proud of what the company has accomplished, Srdan still wants to find ways to reach more people in the community.  In June, he got a big boost toward expanding his reach after winning the UnitedHealthcare Community Care Award.

Srdan will now have $10,000 from UnitedHealthcare, allowing Fight for Hearts to incorporate more fitness classes to youth centers across Syracuse.  The goal is to increase kids’ overall physical activity with a focus on heart health. The organization’s professional coaches will train staff at each facility, plus launch a junior coach program to assist with the classes. With the additional support, each facility would aim to provide a minimum of 60 minutes of fitness daily.

The junior coach program will last six to eight weeks, concluding with an online and in-person exam. After they pass, the coaches will be empowered to train at local nonprofit centers across Syracuse, under the supervision of staff.

“I’m so grateful for this opportunity,” Srdan said. “Now we will be able to reach more youth than ever before and continue our mission.”

The UnitedHealthcare Community Care Award supports small business with the next big idea for enhancing health and wellness in a local community. Four other local small businesses submitted their proposals.

Fight for Hearts plans to have the project in full swing within the next calendar year. 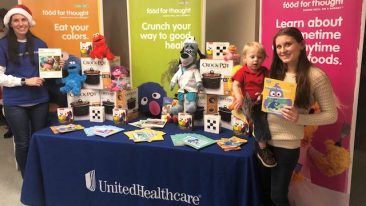 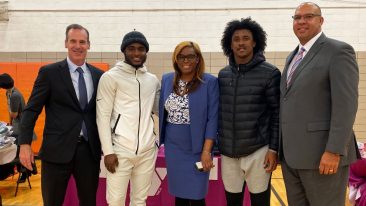